What Is A Wage And Hour Claim? 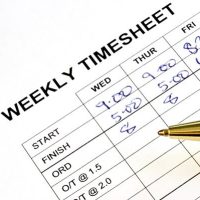 When people think about consulting an employment lawyer, they usually think about doing so because of discrimination in the workplace. However, there is another type of employment law claim that may not be hinged on such behavior, or may be only tangentially. These are known as wage and hour claims; they cover all the issues surrounding appropriate compensation and hours of work. If you suspect that your employer is underpaying you, or if you are being stopped from working the hours you want, you may have a claim against your employer depending on the specific facts of your situation.

There are several different types of complaints and violations that fall under the heading of wage & hour law. Some of them include:

Both New York state law and the federal Fair Labor Standards Act (FLSA) govern wage & hour issues, though state law tends to extend protections more widely than federal law. For example, the federally mandated minimum wage is only $7.25 per hour, while New York state law just raised it to $15.00 per hour across the board. The stricter level of protection will always be the one that carries weight in court or before another type of trier of fact.

You Have The Right To Seek Compensation

If you suspect that your employer is withholding income from you, or if they are forcing you to work more or less than agreed upon, you may have the right to seek compensation. This is true regardless of your immigration status, contrary to what many unscrupulous employers tell their employees; the FLSA protects undocumented workers in matters involving wage & hour, because regardless of immigration status, the worker has contracted with their employer to perform the same job as a documented worker.

Under New York law, an employer found guilty of wage & hour violations will face fines at first, but a second or third offense is a felony. The offense does not carry much jail time, but the fines can be upward of $20,000 per incident, which can add up. This is in addition to any damages they are required to pay to you or any other workers found to have been denied pay or hours. In rare instances, you may even receive double damages if your employer’s behavior is seen as egregious.

When a person agrees to work for an employer, they expect to be paid the rate agreed upon, and to work approximately the number of hours they have been promised. If either of these is not forthcoming for you, you do not have to accept it. Calling an New York City unpaid minimum wage lawyer at Mansell Law, LLC can help you clarify your options for moving forward. Contact our office via our website, or on the phone at 646-921-8900 for a free consultation.

By Mansell Law, LLC | Posted on October 1, 2021
« What Are Employer Obligations Under The New York City Human Rights Law (NYCHRL)?
What Are Some Signs Of Retaliation? »