What Are Some Signs Of Retaliation? 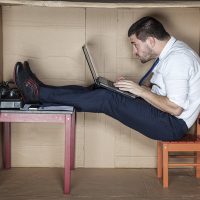 Retaliation is one of the most common charges filed with the Equal Employment Opportunity Commission (EEOC), with over half of all complaints received alleging some type of that behavior. Retaliation is when an employer takes negative employment action against an employee even though they have no right to do so. If you suspect you may have experienced unfair consequences as a result of retaliation, consulting an experienced attorney is a good idea.

In order for your employer to be guilty of retaliating against you, there must have been something to retaliate against you over. Most alleged retaliation happens after an employee engages in protected activity – for example, participating in an EEOC investigation or hearing, requesting accommodation on a religious or disability basis, or complying with internal investigations of your supervisors. If you have participated in any event of this sort lately, and then you experienced negative employment action after the fact, that may serve as a proverbial red flag.

New York is somewhat unusual in that while most states have not codified the specific behavior protected against retaliation, state law specifically states that employer retaliation over certain actions is unlawful. If you are able to draw a line connecting cause and effect, you may be able to initiate a civil suit against your employer to recover. In extreme cases you may even be able to collect double damages, depending on the specific facts of your situation.

Retaliation does not have to come in the form of termination. Rather, it can be any kind of adverse employment action that was taken for unlawful reasons. Indeed, termination is sometimes seen as too overtly unlawful, and a less punitive choice is made that still denies the employee’s rights. Some of the most common examples of retaliation that fall short of termination include:

Perhaps the most important thing to keep in mind if you have experienced any of these events is that in order for it to count as retaliation, it must have happened with unlawful intent. A supervisor may, for example, refuse a raise to an employee who has not been performing the functions of their job well enough to merit one – but if they refuse the raise directly because, say, the employee acted as a whistleblower for the U.S. government, then the refusal is retaliatory.

Being retaliated against can be quite subtle, and if you discover it after the fact you may feel it is too late to act. Consulting a NYC employment discrimination attorney from Mansell Law, LLC may help to make your options clear; retaliation may open your employer up to serious issues if you are able to establish the chain of events. Call our offices today at 646-921-8900 for a free consultation.

By Mansell Law, LLC | Posted on October 6, 2021
« What Is A Wage And Hour Claim?
What Does New York Law Consider Sexual Harassment In The Workplace? »