What Are Employer Obligations Under The New York City Human Rights Law (NYCHRL)? 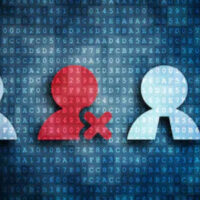 The U.S. Constitution contains a provision known as the Supremacy Clause, which holds that federal law will always prevail over state or city law. This means that if a federal law and a local law are in conflict, the federal law will always be the one upheld by the court. However, this does not preclude state or local governments from going beyond the boundaries of the federal law. This is what has occurred over the past decade or so in New York City – an expansion of employer responsibilities, in order to protect more disadvantaged employees. Failure to do so will very often be actionable.

Federal antidiscrimination law is centered primarily around Title VII of the Civil Rights Act of 1964, along with the Americans With Disabilities Act (ADA) and a handful of other legislation. It does establish certain standards for employers to observe in terms of how to conduct their businesses and how to treat their employees – for example, Title VII forbids discrimination on the basis of race/color, sex/gender, national origin, and religion, and suggests how to handle such claims. However, in many cases, federal law does not go far enough to protect many workers.

As a result, states and local governments have been compelled to develop their own antidiscrimination laws. Because they are designed to work in concert with federal law, rather than to oppose it, these laws can go further than federal law does without running afoul of the Supremacy Clause. For example, Title VII only characterizes the previously mentioned characteristics as protected; by comparison, the New York City Human Rights Law (NYCHRL) treats over 20 characteristics as immutable and thus unlawful to use in discrimination.

The NYCHRL is described as one of the most powerful human rights laws in effect in the United States. Its provisions protect a wide range of classes of people from a wide variety of potentially discriminatory actions by employers, with some of them unique to the NYCHRL. For example, for a sexual harassment claim to prevail under federal law, the alleged victim has to prove that it was ‘severe and pervasive,’ which is often a hard standard to meet. In New York City, this wording was deemed to be potentially discriminatory in itself, and lowered the standard to give more people a fair shake at closure.

Another notable difference between federal law and the NYCHRL is in regard to the jurisdiction of the law itself. One might imagine that the NYCHRL would only run within New York City itself. However, case law has stated that if the impact of a negative employment action, such as being terminated, is felt outside New York City, the NYCHRL still applies. For example, if an employee lives in Great Neck but commutes to work in the City, their being terminated via telephone would certainly center the impact of that decision outside the city, but the NYCHRL would still apply.

The NYCHRL is a powerful piece of legislation that helps New York City workers feel protected on the job. If you have questions or concerns about a possible claim under the NYCHRL, you need an experienced New York City employment discrimination lawyer who can help get those questions answered. Call Mansell Law, LLC today at 646-921-8900 for a free consultation.

By Mansell Law, LLC | Posted on September 22, 2021
« What Exactly Constitutes An ERISA Claim In New York?
What Is A Wage And Hour Claim? »