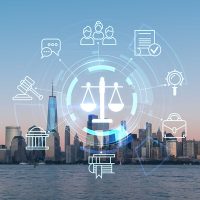 Before February 2022, victims of sexual harassment in the workplace were generally bound to have their claim handled not by a court, where they could tell their story to a jury of their peers, but by an arbiter, who had much greater leeway to decide the case in favor of their alleged harassers. However, in February, the U.S. Congress passed a bill known as the Ending Forced Arbitration of Sexual Assault and Sexual Harassment Act (EFASASHA), which amends the Federal Arbitration Act (FAA) to repeal the arbitration requirement in those two cases.

Why Pass This Law?

It is not uncommon for employers in all U.S. states to require new hires to agree to arbitration of employment-based claims – as many as 60 million U.S. workers have one in their employment agreement. However, it has long been argued that this is an unfair overreach that silences survivors, particularly since most of the time this forced arbitration provision is coupled with a non-disclosure agreement that prevents victims from seeking closure elsewhere. With the passage of this bill, if an employee experiences either of those two events, they can simply file suit in federal, state, or tribal court (wherever applicable) instead of having to go through arbitration.

It is important to keep in mind that this bill does not disallow required arbitration for all types of employment claims, only for those that involve sexual harassment or assault. In addition, while most of these types of laws do not invalidate employment agreements that were entered into before the law’s passage, this bill expressly does. Sexual harassment complaints are placed into a particularly serious category, because of the harm that sexual assault and other types of mistreatment can do to a victim.

While federal law will always have precedence over state law due to the Constitution’s Supremacy Clause, it is worth noting that New York law banned mandatory arbitration in all types of employment law cases. Because the FAA did not, this essentially rendered New York’s law unenforceable, but now that the FAA has been amended (at least in cases of alleged sexual harassment or assault), victims may file suit under either federal or state law. There is no ‘right’ decision; every case is different in terms of which avenue may be best for you, but it is never a bad thing to have more options.

That said, if a claim has both sex/gender-related issues and issues related to another protected characteristic, the law is still unsettled as to whether the entire claim would have to be arbitrated under the FAA. Federal and state authorities will likely refine the issue further as test cases come along. Either way, know that you do have the right to seek compensation if you have been sexually harassed (or assaulted) at work.

While there are still questions to be answered about the ban on forced arbitration for sex-related cases, know that you do have the right to file suit over these issues if you have been forced to go through them. A New York City employment discrimination attorney from Mansell Law, LLC can help answer any questions you may have about this type of claim, and guide you through the legal process. Contact our office today at 646-921-8900 for a free consultation.