What Is “Protected Workplace Activity” In New York? 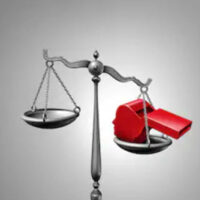 The Equal Employment Opportunity Commission (EEOC) statistics show that retaliation was the most common charge brought against employers in 2020, also making up a high percentage of claims in years past. Retaliation is when an employee experiences negative employment action (such as a demotion, a pay cut, or even a firing) because they engaged in protected workplace activity. However, sometimes it can be difficult to establish that an employee was retaliated against. Experienced legal representation can help.

Behavior In & Out Of Your Workplace

Protected activity has several definitions under various acts (for example, the definition under the Age Discrimination in Employment Act differs from the definition listed in the Americans With Disabilities Act). That said, there are certain activities that are more likely to be considered protected regardless of your job or your location. For example, giving information to any type of qui tam case (in other words, acting as a whistleblower) is automatically protected under both New York law and under the federal False Claims Act.

In addition to the common examples, New York law also protects some actions that occur outside of the workplace – the most common example is tobacco and alcohol usage. In other states, inappropriate use of substances, even legal substances, may be punished harshly because of the impression such behavior allegedly casts on the company, but New York law essentially considers such actions to be entirely private matters.

In general, if the conduct that caused your employer to retaliate against you has to do with fixing or opposing discriminatory actions in your workplace, it is possible for it to be declared protected activity. The next step after establishing that your activity was protected is to link it to the negative employment action you suffered. For example, if you gave information to investigators as a whistleblower, and then were abruptly terminated from your position two weeks later, the timing would suggest that the two were linked.

Depending on the specific nature of your case, you may choose to file a complaint with the New York State Division of Human Rights, or with the EEOC, but either way, you have the right to seek redress, regardless of whether your employer tries to stop you or not. State and federal law see retaliation against protected activity as particularly heinous, because those rights are enshrined not only in labor law, but in more fundamental jurisprudence as well. Claims of this nature are taken seriously.

Being retaliated against when you have done nothing more than exercise your rights can feel invalidating and dehumanizing, never mind the potential issues it can cause you and your family in the long term. If you believe you are a victim of retaliation, contacting the New York City retaliation attorneys from Mansell Law, LLC may be the first step toward getting the compensation you deserve. Contact our office at 646-921-8900 for a free consultation.

By Mansell Law, LLC | Posted on August 17, 2021
« What Is A Non-Compete Agreement?
What Are My Remedies If My Employer Misclassifies Me? »