Was My Termination Wrongful? 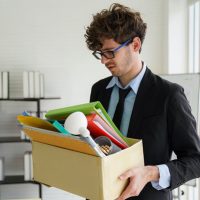 In the state of New York, a person may be let go from their job for almost any reason, under the theory of at-will employment. However, there are exceptions to at-will employment, and if you fall under one of those exceptions, you cannot be terminated without appropriate cause. It can be difficult to determine if you were let go for a good reason, but consulting an experienced attorney may help clarify matters.

There are three situations where an employee’s firing may be wrongful: (1) if it violates an employment contract; (2) if it violates public policy; or (3) if it violates state or federal employment laws. The first is fairly self-explanatory; if an employee has a written contract with their employer – either as an individual, or as part of a union – they are by definition not an at-will employee (and cannot be terminated at will). Possible remedies may include filing a grievance, if you are part of a union, or filing suit for wrongful termination, breach of contract, or both.

A termination being wrongful if it violates state or federal employment laws is also fairly easy to understand. The most common laws violated by alleged wrongful termination are those that protect against discrimination – the New York Human Rights Law and the federal Title VII of the Civil Rights Act of 1964 – but any breach of a statutory law may place your employer squarely on the proverbial hook if it is found to be discriminatory.

“Shocking The Conscience Of The Public”

The most potentially convoluted type of wrongful termination suit is one brought when a firing allegedly violates public policy. The concept of public policy is a legal theory that essentially holds that certain standards must be upheld in society, and violations that would shock the conscience of the public are at best frowned upon, at worst strictly regulated. In addition, it generally tries to outlaw being punished for exercising a statutory right.

For example, firing a worker for engaging in lawful political activity on their own time (that is, not on the clock) is generally seen as violating public policy – workers have an enumerated legal right to engage in that behavior, and trying to punish it essentially breaks the structure of the relevant law. Some employers may even try to retaliate against workers who file benefit claims, such as for workers’ compensation or unemployment. Both of these behaviors are actionable.

If you were terminated from your job for exercising a legal right, you have the right to seek compensation for what you have been through. A New York City wrongful termination attorney from Mansell Law, LLC can help to answer any questions you might have, and to help you plan a strategy for getting the compensation you deserve. Call our office today at 646-921-8900 for a free consultation.