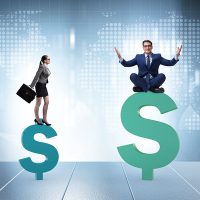 Discrimination based on an employee’s sex or gender identity has unfortunately been a part of U.S. workplaces for a very long time. One might think that the problem would slowly decrease over time, but as the country’s views on gender identity and our relationship to sex and gender evolve, the methods for discrimination have also evolved. If you suspect that you have been mistreated due to your gender identity (real or perceived), an experienced attorney may be able to help.

Sex Is A Protected Characteristic

When it was passed, Title VII of The Civil Rights Act of 1964 recognized a handful of characteristics – namely race, sex, gender, national origin, and religion – as ‘protected,’ meaning that any discrimination based on those characteristics was illegal. Since then, more characteristics have been added to the ‘protected’ list, such as pregnancy and disability. New York law also recognizes protected characteristics, though several more fall under the aegis of the New York Human Rights Law (NYHRL) than under federal law.

Sex discrimination is one of the most common forms of workplace mistreatment, and it can come in countless different ways – it need not be open, hostile insults; rather, it may manifest in pay differentials between the sexes, or a subtle failure to promote women over men, for example. You may have a claim under either federal or state law, though generally not both – depending on your situation, one forum may be a better choice for your specific case than the other.

The rationale in Bostock was that penalizing someone for failing to conform to gender stereotypes as part of their employment is discriminatory, regardless of what gender they identify as. With very rare exceptions, gender is irrelevant in terms of an employee’s ability to do their job, and thus it may not be a consideration in an employer’s policies. This holds true in New York, too – depending on the specifics of your case, a complaint with the Human Rights Commission may be a good place to start.

If you believe that you have been discriminated against on the basis of your sex or gender identity, you have the right to seek compensation for the harm you have suffered. A New York City discrimination attorney from Mansell Law, LLC can try and get any questions you may have answered. Contact our offices today at 646-921-8900 for a free consultation.