Modifications Made To New York’s Laws Against Wage Theft 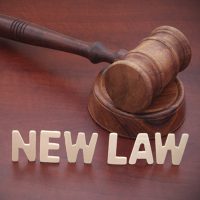 A report from the Economic Policy Institute (EPI) estimates that over $3 billion in wage theft was recovered from employers between 2017 and 2020, but this is only the tip of the iceberg; many workers do not report wage theft for a variety of reasons. New York has been a leader in safeguarding workers since 2011, passing the Wage Theft Prevention Act (WTPA) in that year, and the law continues to see evolutions. In January 2022, Gov. Kathy Hochul signed a new bill into law, seeking to extend those wage theft protections even further.

The construction industry in New York has an unfortunate history of wage theft against subcontractors, who in turn may not report this behavior out of fear of not getting future work. The bill signed into law by Gov. Hochul now makes general contractors – which category also includes construction managers and joint ventures, among others – jointly and severally liable for any subcontractor claims of unpaid wages or benefits not given.

What this means is that when a subcontractor files a claim for unpaid wages or lost benefits, if that claim is deemed to be well founded, the subcontractor can collect not only from their immediate superior contractor, but from any or all of the contractors on the project. It gives the subcontractor more chances to receive what they are owed. There are exceptions to this state of affairs, but they will be for small residential projects, rather than any major commercial work.

General contractors protested the passage of the new bill, arguing that it saddles them with too much responsibility when it may be difficult to ascertain exactly how much work a subcontractor has done. In response, the bill as signed by Gov. Hochul contains increased authority for contractors to “oversee the books of subcontractors” to ensure that the figures match up, so to speak. Increased transparency will, at least in theory, help to cut down on wage theft claims because both sides will have the same information.

While subcontractors can generally take advantage of these rights on any construction project beginning after the law’s passage in January 2022, it is worth noting that they can be waived by a collective bargaining agreement, though not by any contractual provisions. If a contractor attempts to get a subcontractor to waive these rights surrounding wage theft, it may serve as a red flag of sorts. In addition, the timeframe for filing these types of claims is shorter than it would be to file against an employer (three years, versus six years for an employer claim).

While the eventual outcome of these new provisions is yet to be seen, it is always a good thing when laws try to equalize the power dynamic between employer and employee. If you suspect you have been the victim of wage theft, contacting a New York City frequent wage violation attorney from Mansell Law, LLC may be the first step toward utilizing these legal provisions to get what you deserve. Call our offices today at 646-921-8900 for a free consultation.

By Mansell Law, LLC | Posted on March 9, 2022
« What Exactly Constitutes A Hostile Work Environment?
Was I Wrongfully Terminated From My Job? »