Is discrimination against military personnel against the law? 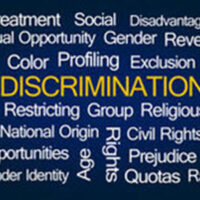 Over time, the role of the military in U.S. society has changed, and become more and more open to interpretation. However, the people serving in and out of uniform are individuals who are entitled to the same rights as any other person (and in certain specific situations, arguably even more). To this end, laws exist that protect servicemembers or reservists from discrimination in housing, employment, and many other areas of life. Particularly in the workforce, this type of discrimination can cause major problems for military personnel.

The major method by which employers may discriminate against military personnel has to do with the right to retain one’s position. Normally, when a person needs time off from their job, an employer has the right to simply terminate them and replace them with someone who will be able to be present. However, if one is a military servicemember or reservist, their duties to the military take precedence over their civilian occupation – their employer may not terminate them for fulfilling their duties.

There is a federal law which guarantees these protections, called the Uniformed Services’ Employment & Reemployment Rights Act (USERRA). It states that a person performing service in a uniformed branch of the military (or has done previously, or has applied to serve) may not be denied “any benefit of employment” by their employer “on that basis.” In other words, if someone is a soon-to-be, current, or former member of a uniformed branch of the military, they cannot be refused a position, demoted, or face other negative employment action because of it.

While USERRA offers significant protections and avenues to pursue complaints if a veteran faces discrimination on the job, the law of New York State and New York City are just as strong, if not stronger, in fighting for more opportunities for those who have served. New York City, in particular, amended its Human Rights Law in 2017 to bar discrimination against veterans in employment, housing, and in providers of public accommodations.

Unlike with many other types of these regulations, the NYCHRL is noteworthy in particular because it permits those affected to file suit not only for actual damages (that is, the tangible damages that one can trace back to the alleged discrimination), but also for ‘emotional distress’ damages. This is important because very often, the worst part of being discriminated against is the mental health-related fallout, especially if a person has a previous mental illness – such as posttraumatic stress disorder (PTSD), which is sadly common among veterans. This type of law gives everyone the chance to recover for what they may have been through.

Most of those who serve in the U.S. military simply want to put in their time and go back to living their lives. However, they cannot do so if they face discrimination in employment or any other area where one needs to be able to operate. The New York City military discrimination attorneys at Mansell Law, LLC are well versed in these types of cases, and are ready to work with you to help get what you deserve. Contact our offices today at 646-921-8900, or use our web form, for a free consultation.

By Mansell Law, LLC | Posted on November 13, 2020
« Have I been wrongfully terminated?
Is a class action lawsuit a possible option in my employment law dispute? »