Close Menu
NYC Employment Lawyer > Blog > Employment Discrimination > I think my non-compete agreement is invalid – how do I tell?

I think my non-compete agreement is invalid – how do I tell? 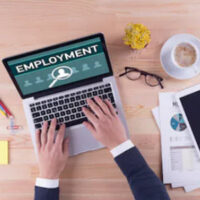 Non-compete agreements (NCAs) are contracts of sorts where an employer and an employee agree that the employee, and any side business or other endeavor, may not directly compete with their employer during or after their term of employment. They are technically legal in New York, but they are ‘strongly disfavored’ by most courts. Because of this, they are not often used, and easy to misunderstand. If you are asked to sign a non-compete agreement during or after your employment, be aware that many of them are unenforceable as written, and you may be able to get out of the agreement because of it.

NCAs were historically used to restrain workers who might have been privy to trade secrets from profiting off them after leaving their employment. They have also been used for people with unique talents, such as radio DJs, where their voice and ability to connect to an audience is part of their marketable brand. However, there are strong public policy arguments against their use (in other words, there are too many reasons why the average member of the public would find them unfair or inequitable).

Generally, an employer trying to use a NCA with an average worker must establish four criteria in order for the agreement to be potentially upheld: (1) it must be necessary to protect the “employer’s legitimate interests;” (2) does not impose an “undue hardship” on the employee – that is, it does not restrict their ability to earn a living overmuch; (3) does not harm the public; and (4) is reasonable in terms of the time frame and geographical area. If any of these is not evident, the court is more likely to hold that the NCA is too burdensome on the employee.

Be Aware Of Details

One of the most important things to keep in mind about New York NCAs is that unlike with many other types of contracts, severability does exist. This means that if one part of a NCA is ruled to be unenforceable, the rest of it may still be upheld by the court. This is most commonly done by, for example, requiring that the agreement cover a shorter time frame or a smaller geographical area, but still being enforced.

Something that you should also be aware of is that if you were terminated without cause, New York courts will not enforce any type of noncompete agreement against you. This is because if you are involuntarily terminated, it breaks the bond between you and your employer – if the noncompete agreement were enforced against you after you involuntarily lost your job, your employer would be getting a benefit in exchange for nothing. When a contract is not balanced between the two parties, it is very likely to be deemed unenforceable.

An employer has the right to ask for certain considerations, such as keeping trade secrets from becoming public knowledge. However, too often an employer will simply seek to silence a departing employee as a show of intimidation or retaliation. If you have been asked to sign a noncompete agreement that you believe is unenforceable, you should contact an NYC employment discrimination attorney from Mansell Law, LLC. We are happy to try and assist you. Call our offices today at 646-921-8900 or use our website to schedule a consultation today.

By Mansell Law, LLC | Posted on March 12, 2021
« How is disability discrimination dealt with in New York?
How do I fight employer misclassification? »