Close Menu
NYC Employment Lawyer > Blog > Unpaid Overtime > How can I make sure I get paid for my overtime work?

How can I make sure I get paid for my overtime work? 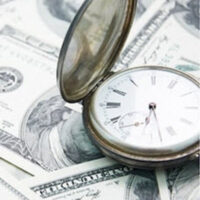 In general, but especially during the months of the COVID-19 pandemic, employees (particularly essential employees) have been working long shifts, and depending on their employers, they may not have been getting the pay and benefits they deserve. Unpaid overtime is a constant concern for hourly wage workers, and if you believe that you have not been paid for all the hours you have worked, you may have a cause of action against your employer.

The federal Fair Labor Standards Act (FLSA) establishes the baseline for both minimum wage and overtime requirements, though New York State has developed its own laws on the subject. If you suspect that you have not been paid for the appropriate amount of overtime hours worked, you can, in theory, file under whichever law is most relevant to your situation – for example, New York state overtime law does not apply to federal, state, or local government employers.

There are several different ways that employers may try to avoid paying overtime to employees who deserve it. Some of the most common include:

What Are My Options?

Under both the FLSA and New York state law, any (non-exempt) worker who works more than 40 hours in a given work week is entitled to overtime pay, which must be at least 1.5 times the worker’s hourly rate (the so-called ‘time and a half’). Failure to pay can open an employer up to having to pay not only the deferred overtime pay, but also fines and other potential consequences. If you suspect you have overtime pay coming, it is a good idea to enlist an attorney to help you build a case.

Be advised that you may be the victim of an honest mistake, rather than of your employer’s malice. This happens in particular when someone is unintentionally classified as exempt from overtime pay under the FLSA or New York State’s law (New York State’s law exempts more employees than the FLSA does); all you may have to do is get your employer to file the appropriate paperwork to make the change. However, if you have evidence that the denial of overtime pay is negligent or malicious, contacting an attorney is generally your best course of action.

Any employee who works should receive the appropriate amount of pay for their efforts. If you believe that you have been denied overtime pay you rightfully deserve, contacting a knowledgeable New York City unpaid overtime attorney from Mansell Law, LLC can be the first step toward getting your pay. Call our offices today at 646-921-8900 to schedule a consultation.

By Mansell Law, LLC | Posted on February 5, 2021
« What are “just cause” protections and do they apply to me?
What constitutes a violation of the Family Medical Leave Act? »