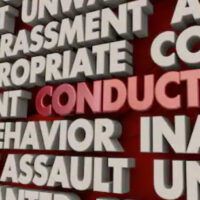 A five-year investigation by the New York City Commission on Human Rights (NYC-CHR) into an alleged hostile work environment at Fox News Media has led to a $1 million settlement, plus mandated changes in the network’s policies surrounding sexual harassment, retaliation, and other human rights claims. Sex and gender discrimination are among the most commonly filed types of employment claims, and the settlement with Fox is among the largest in the Commission’s history.

It is fairly common for the CHR to recommend changes to the way a business handles harassment and other employment discrimination-based claims, and those required by Fox’s settlement are relatively standard. Not only must the network institute “Commission-approved” training on how to spot and combat sex-based harassment, but they must also institute a procedure (for at least two years, if not longer) for reporting discrimination and harassment that allows for multiple levels of reporting.

One requirement of the settlement that is significant is the required change to Fox’s methods in dealing with talent and crew. As of this writing, Fox requires “mandatory confidential arbitration” in the contracts of “on-air anchors and employees,” so if these people try to file human rights claims outside of the station’s in-house process, they are effectively barred from doing so. The CHR required Fox News Media to waive any and all forced confidential arbitration clauses, for a period of at least four years.

Sexual Harassment Can Be Difficult To Spot

The New York City Human Rights Law (NYC-HRL) protects against discrimination based on a host of different characteristics, with sex and gender featuring on the list. Sexual harassment is a facet of sex-based discrimination – after all, it is a reasonable assumption that an alleged harasser would not be acting in such a way toward someone of a different sex. However, it is not always as blatant as pop culture might make it seem. In addition, sexual harassment can happen between people of the same gender, or who are at the same level in their jobs.

Keep in mind that minor, isolated jokes or teasing will generally not rise to the level of harassment. There must be a demonstrable pattern of inappropriate behavior, or a single incident that is so flagrantly unacceptable that it creates a hostile work environment all on its own. If the situation is severe enough, there may even be a possibility of a class-action lawsuit. The investigation into Fox News began when a former CEO was accused of sexual harassment by several women who all filed individually – but other companies have seen different approaches.

While it remains to be seen what changes Fox News Media will actually make in the wake of the settlement, your employer may be forced to straighten up and fly right if you are experiencing sexual harassment on the job. Contact a NYC harassment attorney at Mansell Law, LLC to discuss your case today.

By Mansell Law, LLC | Posted on August 5, 2021
« How Does New York State Paid Family Leave work?
What Is A Non-Compete Agreement? »