Close Menu
NYC Employment Lawyer > Blog > Employment Discrimination > What Rights Do I Have As A Whistleblower In New York?

What Rights Do I Have As A Whistleblower In New York? 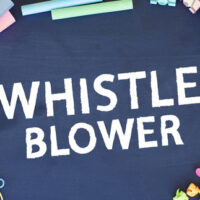 Choosing to become a whistleblower is a very serious undertaking for any employee, because of the potential retaliation from your employer if they find out about your activity. However, many unethical employers cannot be held accountable without intervention and assistance from their employees, who can provide unique inside viewpoints about what exactly is going on internally. If you choose to become a whistleblower in New York, you should be aware that while you face potential repercussions, you have rights and protections that can keep your career future in a good place.

Who Can Be A Protected Whistleblower?

Any employee can, in theory, become a whistleblower if they believe their employer has engaged in unethical or inappropriate activity. This applies to both public and private employees, and whistleblowers can file complaints under federal or state law, though certain types of cases do have specific procedures to follow, and sometimes even their own laws that govern. For example, whistleblower claims against the Internal Revenue Service (IRS) are governed by the IRS Whistleblower Law, instead of the more standard False Claims Act or Whistleblower Protection Act.

There are three main types of whistleblower suits that are seen at both the federal and state levels. The first is a suit alleging fraud against the government, which is known as a ‘qui tam’ suit; the second has to do with health and safety standards (or a failure to uphold them); and the third is securities and other specifically financial fraud-related cases. Anyone who has knowledge of company (or government agency) wrongdoing can be a whistleblower, but the location and the content of their complaint will both affect how it should be filed.

If you have participated in any kind of proceeding that may qualify you as a whistleblower, you are protected both from retaliation and from your employer trying to restrict your acting as a whistleblower. For example, your superiors may not interfere if you are asked to cooperate further with an ongoing investigation, but they also may not try to take any kind of negative employment action against you for cooperating. At this point, you could only be terminated for some other reason, unrelated to the investigation – but it would be a very high burden of proof for an employer to establish that no ulterior motives existed.

Some laws, in addition to protecting whistleblowers in these general ways, also create what is known as a private right of action, which allows the whistleblower to file a retaliation complaint in the appropriate court. For example, if you filed a report of a securities violation under the Dodd-Frank Wall Street Reform & Consumer Protection Act (“Dodd-Frank”), and you believe that you have experienced retaliation because of it, the Dodd-Frank Act permits the whistleblower to file a retaliation complaint in federal court, where they can seek double back pay and potentially, additional damages. New York City’s whistleblower law also confers this right, where it is applicable.

The choice to become a whistleblower is an extremely serious one, and if you are retaliated against for doing the right thing, you have the right to stand up against such treatment. Consulting a New York City employment discrimination attorney from Mansell Law, LLC can help you to understand your options if this has happened to you. Contact our offices today at 646-921-8900 for a free consultation.

By Mansell Law, LLC | Posted on April 16, 2021
« What Exactly Is In The Average New York Severance Agreement?
How Do I Spot Sexual Harassment In My Workplace? »