What Kind Of Activity Warrants ‘Blowing The Whistle?’ 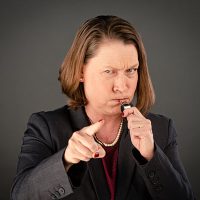 It is not uncommon on television for a concerned individual to act as a whistleblower against a large company, despite reservations. In real life, the process for doing so can be complex and even frightening – but whistleblowers can serve an important purpose in terms of keeping public and private employers from engaging in unethical behavior. That said, it can be difficult to determine whether or not you should ‘blow the whistle’ on your employer – understanding the law around qui tam suits is crucial.

In layman’s terms, a whistleblower is a person, often an employee, who reports their employer’s illegal or unethical practices to the appropriate authorities. The most common types of whistleblower suits generally involve fraud of some kind, meaning that the state is owed money from past transactions which was not paid. Because of this, both the state and federal False Claims Act allow whistleblowers to recover a small percentage (usually between 15-25 percent) of any amount recovered if the claim they report is successful.

Whistleblowers are explicitly protected from retaliatory behavior under New York’s labor laws, with the relevant statute holding the employees who report “violation[s] of law, rule, or regulation” being covered as long as they report the behavior to a ‘supervisor’ of the employer, and the employer is granted a chance to correct the inappropriate behavior. In New York, most whistleblower suits will fulfill these two criteria as long as they are filed with the appropriate authorities. However, the activity you are intending to report must qualify as illegal or unethical before you can move forward.

There are several different questions that one must ask before deciding to officially mount a qui tam lawsuit under the relevant law. The most important thing to be aware of is whether your claim meets the requirements of each individual law. For example, a claim that would be brought under the New York False Claims Act or the federal False Claims Act requires specific knowledge of a company’s failure to fulfill an obligation to the government – for example, failing to pay off a state (or federal) judgment.

Conversely, a claim brought under the Internal Revenue Service (IRS)’s Whistleblower Act requires information about tax fraud worth over $2 million, while if one wants to blow the whistle on a specific individual, it must be an individual whose yearly income is more than $200,000. In general, the government simply does not believe it is worth the effort to recover anything less. These specific requirements must be present before you can even think about filing a whistleblower suit, no matter how significant your inside information may be.

If you believe that your employer is engaging in unethical behavior, you may believe that ‘blowing the whistle’ is in order. However, it is crucial to do your due diligence before proceeding down this path. A New York City whistleblower attorney from Mansell Law, LLC can help lay out your options, and help guide you through the legal process if you decide to go ahead. Contact our office today at 646-921-8900 for a free consultation.