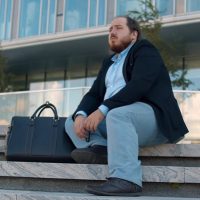 Most people are aware that it is illegal for an employer to discriminate against their employees based on certain characteristics, such as age, sex/gender, national origin, and disability. However, there are certain other characteristics a group of people may have that are not, strictly speaking, unlawful to use in discriminating against them. Weight is one of the most common examples; while discrimination in the workplace against fat people is ubiquitous, only one or two states have laws restricting anti-fat behavior. Still, you may nonetheless have a claim in New York, depending on the specific facts of your case.

The Centers for Disease Control (CDC) reported in 2017-2018 that the U.S. “obesity prevalence” was approximately 42 percent – in other words, around 42 percent of U.S. residents are considered obese, with around 9 percent qualifying as severely obese. The facts on causation for obesity are quite complex, with economics, gender, race, and many other factors playing a role – but for the majority of workers, all that should matter to an employer is the worker’s ability to do their job.

You May Have Other Options

If you believe that you have been discriminated against on the basis of your weight, you may still be able to seek restitution for what you have been through, even if New York has no law classifying weight as a protected characteristic. For example, while this is not true in every case, being overweight may sometimes qualify as a disability (and thus, a protected characteristic) – a 1985 case in New York’s Court of Appeals establishes this as precedent under state law. Sex or gender identity discrimination may also apply, depending on the facts.

There is some hope on the horizon for overweight workers, at least in New York City – in August 2021, members of the City Council introduced legislation aiming to bar height and weight discrimination in employment, housing, and public accommodations. While no action has been taken on the bill as of this writing, there does appear to be interest in codifying this kind of restriction. Unfortunately, far too many people have experienced weight discrimination at work, and it is understandable to want it banned so others need not suffer the same.

While there may be changes in New York City or State law in the future, currently those who have experienced weight discrimination may feel as though they have nowhere to turn. A New York City employment discrimination attorney from Mansell Law, LLC may be able to help get your questions answered, and to help you figure out exactly what your options are right now. We are happy to try and assist you; contact our offices today  at 646-921-8900 for a free consultation.