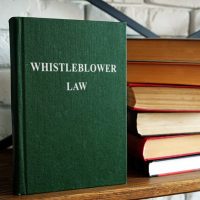 In late October 2021, New York’s Governor Hochul signed a bill into law that makes changes to New York’s law surrounding private-sector whistleblowers and their rights in the face of retaliation. The amendments to the law were proposed given the recent rise in whistleblowers, particularly in cases related to COVID-19 and workplace safety precautions (or lack thereof) – these cases are seen as too important to allow them to be mismanaged or employees to be discriminated against.

Widens The Scope Of The Law

The newly passed bill modifies Sec. 740 of the New York Labor Law (NYLL), and it essentially tries to widen the definitions of relevant terms so that more people may be able to file complaints if their situation merits it. For example, the bill just passed extends the definition of “employee” to include ex-employees and independent contractors, who may experience the same unfair treatment as a standard employee, but may have been previously barred from filing a charge.

Another change is to widen the definition of “rule, law, or regulation” – historically, the law’s provision ignored such non-legislative pronouncements like judicial rulings, administrative decisions or executive orders, yet these could conceivably lead to the same potential issues for a whistleblower as a standard law might. The legislative intent of this bill is clearly to permit more oversight of employers, and gives employees the aims to do so.

Perhaps the most important change that the new bill makes to Sec. 740 is to expand and clarify the meaning of “retaliatory action.” Previously, the law did not include threats to potentially sabotage an employee’s future chance of being employed – in other words, threats of blackballing an employee from a certain industry; in addition, employees had to be acting within the scope of their job duties by blowing the whistle. After the changes, the reverse is true. No blackballing or threats are permitted, and an employee can simply be acting on principle in blowing the whistle.

One other important note is that “retaliatory action” now includes contacting or threatening to contact Immigration & Customs Enforcement (ICE) as a way of silencing an undocumented worker. Federal law bars the undocumented from working in the United States, but once an undocumented person has a job, they are entitled to all the same protections as a documented or citizen worker. Unscrupulous employers in New York would historically threaten to call ICE if an undocumented worker ever complained about their treatment – now, under state regulations, such behavior is outlawed.

The passage of this bill, above all, should remind New York workers that they have the right to blow the whistle if they truly believe that it is warranted, and that they are protected by the law if their employer tries to retaliate. If you believe you have been subjected to discriminatory treatment from your employer, calling a New York City employment discrimination attorney from Mansell Law, LLC can be the first step toward protecting your rights. Call our offices today for a free consultation.

By Mansell Law, LLC | Posted on January 5, 2022
« Am I Entitled To Workers’ Compensation Benefits As An Undocumented Worker?
Does New York Law Cover Maternity Or Bonding Time Leave? »