Close Menu
NYC Employment Lawyer > Blog > Employment Discrimination > Is there ever a time when an employer can legally discriminate?

Is there ever a time when an employer can legally discriminate? 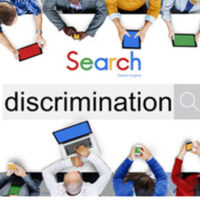 Employment discrimination is uniformly seen as unfair or unethical, but many are unaware that there are several ways that an employer can legally discriminate. If you suspect that you are being discriminated against at work, it is a good idea to contact a knowledgeable attorney to determine that you do in fact have a cause of action, either under federal or New York law.

One of the most common ways that employers will legally discriminate against a worker is if they are an independent contractor. Data from 2018 estimates that approximately 10 percent of U.S. workers are independent contractors, but most antidiscrimination laws do not apply to them. Examples include Title VII of the Civil Rights Act, the Rehabilitation Act of 1973, the Americans With Disabilities Act (ADA), and the Fair Labor Standards Act of 1938 (FLSA), among others.

That said, New York State and New York City have both adopted provisions in their respective Human Rights Laws that explicitly include ‘non-employees’ like independent contractors, gig workers, and anyone else providing a service as agreed in a contract. New York State’s law in particular is expansive, applying to all businesses within the state since February 2020. If you have been discriminated against due to your status as an independent contractor, you have a cause of action in New York.

One of the most common ways that an employer can legally discriminate against a person, even in New York, is due to what is referred to as a bona fide occupational qualification (BFOQ). An employer can claim a BFOQ if they are in specific industries where certain characteristics, such as age, gender, or religion, can pose an impediment to doing the job properly. The most common examples one will see of an acceptable BFOQ is a mandatory retirement age for air traffic controllers – it is entirely reasonable to require those of an advanced age to retire, given the high-pressure nature of the job requiring quick reactions.

Knowing that any form of discrimination is legal can be disheartening, but this does not mean that you have to accept being mistreated. Contacting a New York City employment discrimination attorney at Mansell Law, LLC can be the first step toward determining if you have a case, and knowledge is always power. Call our office today at 646-921-8900, or use our web form, to set up a free consultation.

By Mansell Law, LLC | Posted on September 25, 2020
« What exactly is a hostile work environment?
Am I entitled to paid family leave from my job? »