Close Menu
NYC Employment Lawyer > Blog > Employment Discrimination > Does “at will” employment mean you can be fired at any time, for any reason?

Does “at will” employment mean you can be fired at any time, for any reason? 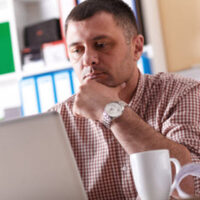 As of this writing, every state in the U.S. is considered an at-will state, which means that an employee can be terminated without cause, at any time. However, this would seem to fly in the face of federal and state nondiscrimination laws, which forbid terminating employees based on certain characteristics. The truth is that there are exceptions to the at-will doctrine, and if you believe you have been discriminated against, it is a good idea to consult with an employment discrimination attorney so you can be aware of your options.

Several Exceptions To The At-Will Doctrine

While the at-will doctrine is broad, there are several exceptions that bar firing an employee for no cause, with some falling under federal law and some under state law. While New York law actually does not recognize some of the exceptions that other states permit (for example, the so-called “good faith” exception is only valid in 11 states), it establishes other reasons why an employer cannot simply choose to terminate their workers.

Some of the exceptions to the at-will doctrine – in other words, reasons that an employer may not legally fire you – include, among others:

Discrimination Is Grounds For Complaint

If you are fired for any reason related to the exceptions specified in federal and state law, it may constitute wrongful termination, but the most common reason for wrongful termination lawsuits is alleged discrimination. Federal and state law both prohibit discrimination on several bases – for example, Title VII of the Civil Rights Act of 1964 forbids employers from treating employees unfairly based on their race, color, religion, sex/gender, or national origin, while New York state law adds disability, gender identity, genetic characteristics, and military status, among others.

If you believe that you have been terminated because of a discriminatory reason, whether overt or implied, you can file a complaint with either the federal Equal Employment Opportunity Commission (EEOC) or with New York state authorities. Be advised that you must act quickly; there is a specific time frame in which you must file claims of discrimination, though it is markedly quicker for federal claims (300 days, in most cases) than it is for New York state based claims (3 years).

While most employees accept at-will employment as a fact of life, it is crucial to remember that there are exceptions to when your boss can simply choose to let you go. If you believe that you have been wrongfully terminated, a New York City employment discrimination attorney from the firm of Mansell Law, LLC may be able to help you determine how best to proceed in seeking redress. Call our offices today at 646-921-8900 to set up a consultation.

By Mansell Law, LLC | Posted on December 15, 2020
« How are employment contracts handled in New York?
What does being misclassified mean? »