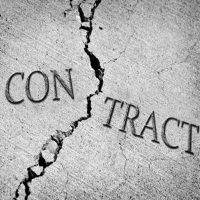 As of this writing, 49 of 50 U.S. states are “at-will” employment states (Montana being the lone exception), meaning that any employee can be terminated for any reason at any time. There are certain exceptions to this rule – one cannot be fired for a discriminatory reason, as one might imagine, and a person also may not be fired if they have a valid employment contract with their employer. If an employer breaches that contract, they can face significant liability if the terms of the contract demand it.

Breach Of Contract Is Actionable

New York law allows employment contracts to contain several different provisions beyond just a person’s starting date and salary, all of which must be consented to by both parties. Depending on the industry, there may also be other ‘covenants,’ including (but not limited to):

One potential complication that sometimes affects employment contract cases is that some employers will attempt to make verbal employment contracts with their employees or independent contractors, instead of consenting to a written agreement. New York State has a law called the Statute of Frauds, which requires that certain types of documents (including most, but not all, contracts) be in writing. This includes most employment contracts.

Case law holds that if an offer of employment (and all the covenants that may come with it) is for a period lasting more than one year, it must be in writing or it is not enforceable (and thus, invalid). It is more likely that independent contractors will have to ensure that their employment contracts conform to the Statute of Frauds, because their terms tend to be of shorter, fixed duration, while standard employees are hired for an indefinite period – but it is still important to be aware that verbal contracts are not always enforceable. This is not the same as a breach of contract – if a court holds that your employment contract was invalid in the first place, you cannot file a suit for breach, even if you have been unjustly terminated.

If you have entered into an employment contract with your future employer, it is crucial that it be enforceable, and that it be honored by both parties. If you have questions or concerns about either of these issues, contacting a New York City employment contract lawyer from Mansell Law, LLC may be the first step toward getting them handled. We are happy to try and assist you – contact our office today at 646-921-8900 for a free consultation.

By Mansell Law, LLC | Posted on October 28, 2022
« New York Legislature Introduces “SIT Act” In Both Houses
Am I Entitled To Overtime Pay In New York? »